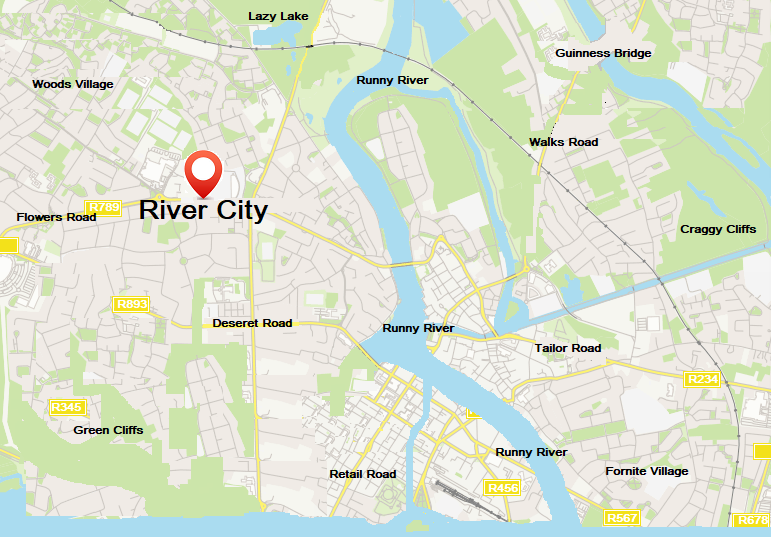 River City is the digital representation of an artificial city inspired by real-world Smart Cities such as Limerick, Barcelona, and Singapore.

It has a population of 216,244 (Central Bureau of Statistics, 2020). The city is well-known for its variety of architectural styles, beautiful beaches, and most importantly for its warming citizens and its fast development in the science and technology sectors.

This city aims to improve the lives of its citizens but also to improve the tourists’ experiences during their stay as the city is a tourist place and receives thousands of tourists every year.

With the aim to take innovation to the next level, River City is working relentlessly to transform it into a Smart City. Its administrators are willing to solve a variety of problems from flooding to pollution.  River city works together with the population and take into consideration its feedback and concerns.